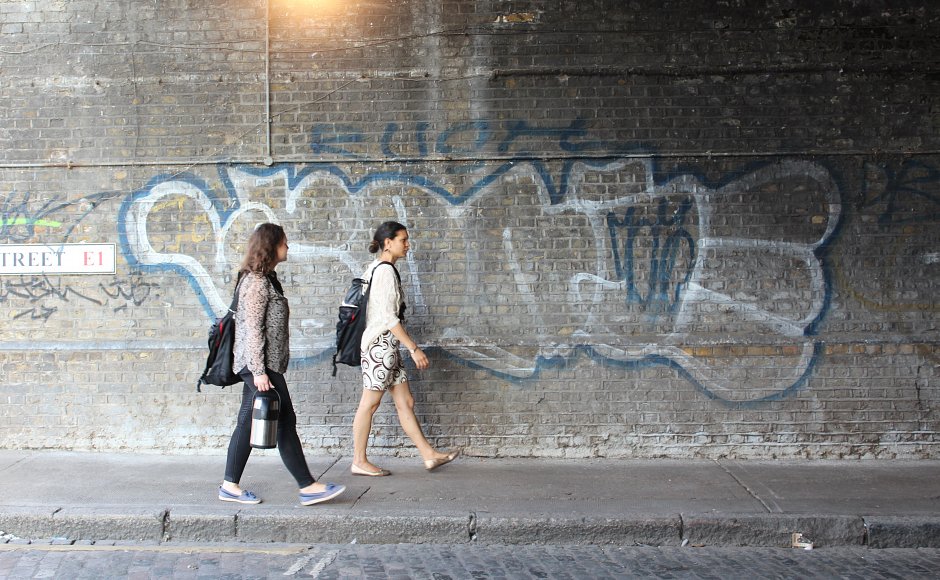 Working to see women free from exploitation, and where those involved in prostitution have the option to pursue genuine alternatives, free from constraints such as drug use, abusive relationships and poverty

History of Door of Hope

Door of Hope is a charity set up in 1994 by a group of Christians concerned for the wellbeing of women involved in prostitution in  East London. The name ‘Door of Hope’ comes from a bible verse that talks about hope, about turning a bad situation into an opportunity: ‘There I will give her back her vineyards, and will make the Valley of Achor (trouble) a door of hope.’ Hosea 2:15.

We work primarily in Tower Hamlets, an inner London borough at the heart of the East End, bordering the City of London, the financial hub of the capital and one of the wealthiest business districts in the world.

The area has a rich cultural history, with famous landmarks such as Brick Lane and Spitalfields Market. However it is also known for the 18th and 19th century classic “Dickensian” depictions of destitution and overcrowding which drew the attention of social reformers to the problems of the area, and as the location of the infamous Jack the Ripper murders of women in prostitution.

Historical records show that prostitution has been prevalent here for hundreds of years. The shipping docks brought a steady stream of sailors to the area, and women struggling with poverty began to work on the street in order to feed their large families. By the turn of the century there were thousands who survived in this way until the docks began to close and the number steadily declined. However, the historical legacy lives on, and the area is still known as one of the main areas in London where sex is sold on the street, with an estimated 250-500* women ‘working’ regularly each year.

In 2015, Door of Hope dissolved as an independent charity to become a project of Beyond the Streets, a national charity working to end sexual exploitation by creating routes out of the sex industry for women.